Waitress On Tour Announces Its Cast!

The hit Broadway show hits the road this fall

Sara Bareilles' Tony-nominated Waitress heads out on tour once again this fall. The baking infused musical kicks off at the Morrison Center for the Performing Arts in Boise on November 7, before hitting up a further 62 cities!

Heading up the cast will be Bailey McCall as Jenna, Kennedy Salters as Becky and Gabriella Marzetta as Dawn. They'll be joined by David Socolar as Dr. Pommatter, Brian Lundy as Ogie, Clayton Howe as Earl, Jake Mills as Cal and Michael R. Douglass as Joe.

Waitress is directed by Diane Paulus with a book by Jessie Nelson and choreographed by Lorin Latarro.

What is Waitress about?

Jenna works as a pie chef in a small town diner. Her time spent baking is a kind of meditation, a break from her mundane existence where her creativity is allowed to flourish. Renowned throughout the town for her crinkly crusts and fluffy pastries, she harbours dreams of opening her own pie shop and making a new life for herself. But when she becomes unexpectedly pregnant by her bullying husband Earl, it seems like she may have to abandon her dreams forever.

Hope is at hand in the form of the town's handsome new doctor, and the announcement of a pie-making competition in a nearby town. The winner of the contest will be awarded a large cash prize, and Jenna realises it may be her one shot at turning her life around.

Waitress is out on tour from November 7. 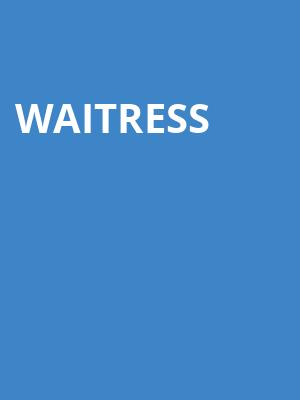 Sara Bareilles has written a charming score that suits the quirky material and Mueller's dazzling voice and endearing personality.