The acclaimed North American tour of Beautiful: The Carole King Musical re-launches on September 20! Kicking off at the Stanley Theatre in Utica, Beautiful welcomes a whole host of new faces to its cast.

The 2019/2020 tour will see Beautiful: The Carole King Musical travel to over 105 cities! The original Broadway engagement recently announced that it will be closing its doors at the Sondheim Theatre on October 27 after 2,418 performances.

With a book by Douglas McGrath, Beautiful: The Carole King Musical is directed by Mark Bruni and is choreographed by Josh Prince.

What is Beautiful: The Carole King Musical about?

Before rising to one of the 20th Century's best-selling stars, plain Carol Klein was a talented teenager, living in Brooklyn and making music. But it's her co-writing, with husband Gerry Goffin that gets her noticed. Breaking through into the music business as a songwriter for some of the day's biggest artists, she discovers there is more to juggle whilst following her dreams. All is not what it seems with her fairy-tale life. It's only when we fall, that we learn to fly.

Broadway and Show news straight to your Inbox!

Read how we protect your data. 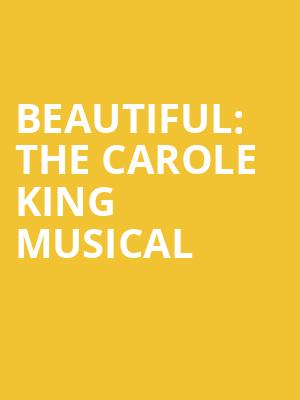 A complex, revitalizing portrait of the real, conflicted person within the reluctant star